Trinity Church, located at Broadway and Wall Street, is an active Episcopal church with a deep history. In 1697, a little over 70 years after the Dutch settled New York as a trading post known as New Amsterdam, Trinity Church was granted a charter by King William III of England. Since then, Trinity has been an integral part of New York City. Today, Trinity Church and St. Paul’s Chapel (just a few blocks north) are the cornerstones of Trinity Church Wall Street, a growing and vibrant Episcopal community.

Worship services are offered in-person and online on Sundays and throughout the week from Trinity Church's nave, including morning and evening prayer and a noonday Eucharist every weekday. On Sunday, the Holy Eucharist at 11:15am is webcast live and offered in person. All are invited to attend. Music by the renowned Choir of Trinity Wall Street is integrated into many of the services. Find a calendar of worship services, concerts, and other events here. 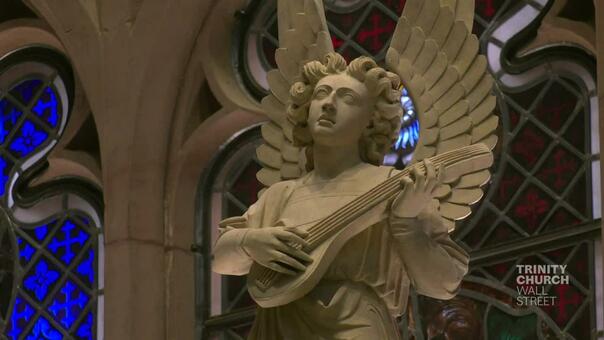 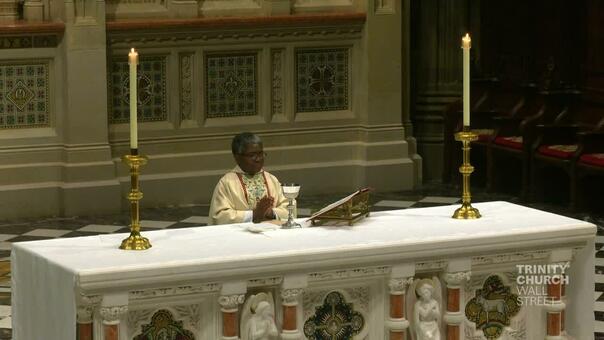 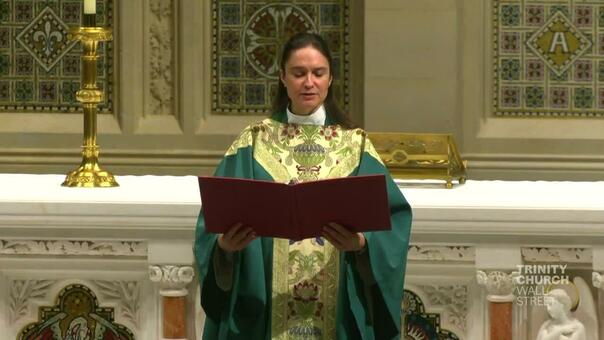 Trinity strives to be an inclusive community that welcomes everyone. Trinity Church is wheelchair-accessible via the South Broadway entrance. If you are attending a service and need assistance or have questions, please email sacristans@trinitywallstreet.org or call 212-602-0800.

The steeple’s 12 change-ringing bells are the only set in the United States; they rotate a full 360 degrees, producing a shimmering, cascading sound in a complex combination of changing tonal patterns. They can be heard on Sundays and special occasions.

The present building is the third on the site, consecrated in 1846 and designed by British-born architect Richard Upjohn in the 19th century Gothic Revival style. The first church was lost in New York’s Great Fire of 1776 and the second was demolished in 1839, at Upjohn’s suggestion, after heavy snowfall revealed structural problems. The current building is a registered National Historic Landmark and marked its 175th anniversary on Ascension Day 2021.

Trinity Church has recently experienced an interior rejuvenation project which began in May 2018. The church and churchyard are now open to the public, and we look forward to offering tours of the newly renovated church and churchyard, featuring the gravesite of Alexander Hamilton and other historical memorials and monuments in the near future. 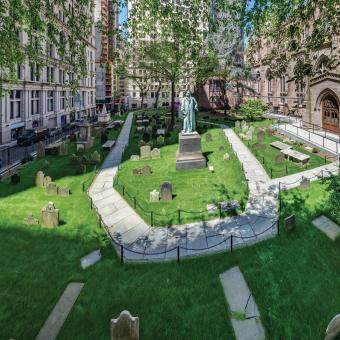 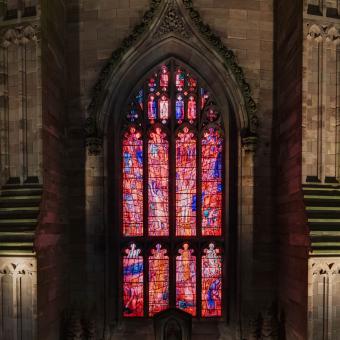 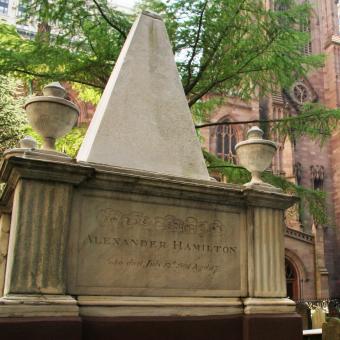