Trinity Church Wall Street is an active Episcopal Parish that has been an integral part of New York City’s history for more than 300 years.

In 1696, a small group of Anglicans (members of the Church of England) petitioned the Royal Governor Benjamin Fletcher of New York, then a mercantile colony, for a charter granting the church legal status. Fletcher granted the charter in 1697 and the first Trinity Church was erected at the intersection of Broadway and the head of Wall Street. Although Anglican services had been held in the colony’s fort chapel, that first Trinity Church building was the first Anglican Church on the island of Manhattan.

The archival records which tell the story of Trinity’s History – from its founding, to today – can be found in Trinity Church Wall Street’s Archives.

Trinity Church Wall Street’s Archives preserve, protect, and make available these records of enduring value to share and promote the mission and ministry of the church. The Archives house more than 2,000 linear feet of records generated by the parish. In addition to documenting the activities and growth of Trinity since it’s founding in 1697, the records provide information pertinent to the story of New York City and the Episcopal Diocese of New York. 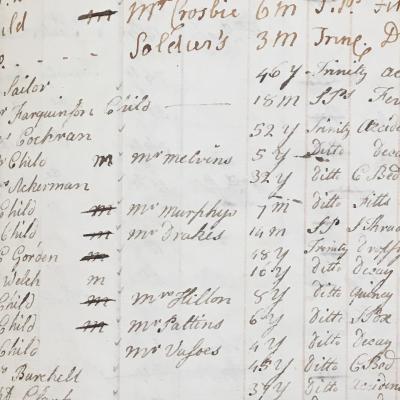 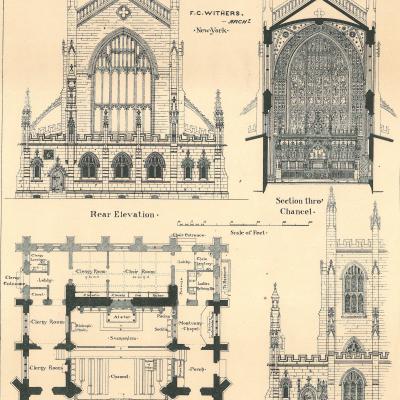 Click below to explore our virtual churchyard and our online registers database, where you can search available baptism, marriage, and burial records.

Explore the churchyards and registers
video 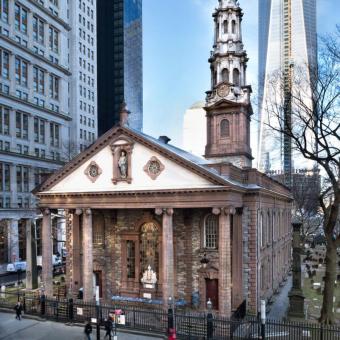 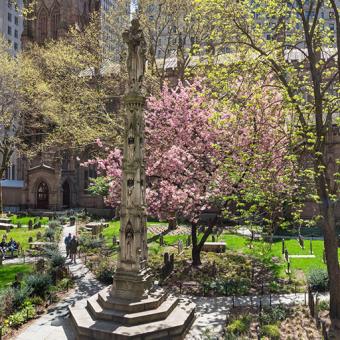