Skip to main content
Proof of vaccination is required for all in-person worship services and other events. Read more about our current health policies.

This non-residential, fully funded program will prepare professional and community leaders who are people of faith, as well as ordained leaders across faith traditions with the mindsets and practical skills they need to energize and empower their congregations and communities in ways that heal divides and disrupt injustice, as compelled by the Spirit and the Gospel. The experience will offer fellows an opportunity to learn from leading scholars from Harvard, experts in the field, and mentors interconnected through their faith and Trinity’s core values. Fellows will build life-changing relationships with like-minded peers who share the passion for faith-driven leadership that produces positive change in our world.

In this special message, the Most Rev. Bishop Michael Bruce Curry welcomes all to apply for the opportunity to become “an instrument of God’s love, justice, and compassion, inspired by our faith and enabled by practical methods.”

These 29 professional and faith leaders were selected from over 270 applicants, spanning various faith traditions and vocations.

12 participants, soon-to-be ordained or ordained within the past 18 months in The Episcopal Church, will be selected from a national pool of applicants.

12 participants, both lay and ordained of any faith background, who are between 5-7 years into leadership roles in their profession or ministries. Applicants will come from careers in a wide variety of secular organizations and the Church.

Successful applicants will be notified by early May 2022.

The program consists of a learning phase and an implementation phase.

Instructors' biographies can be found below. 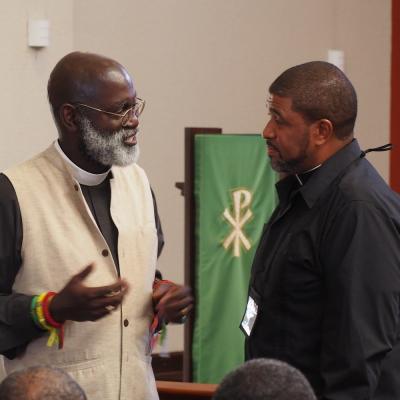 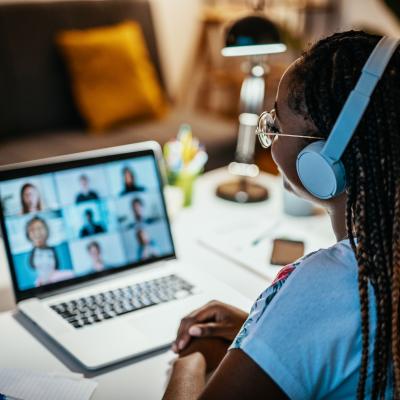 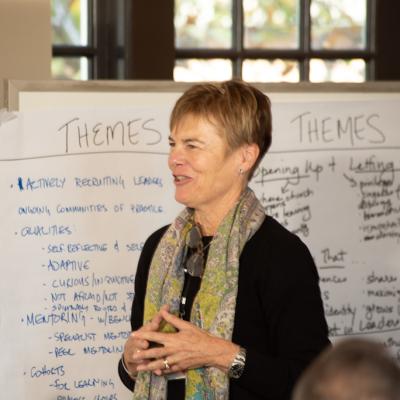 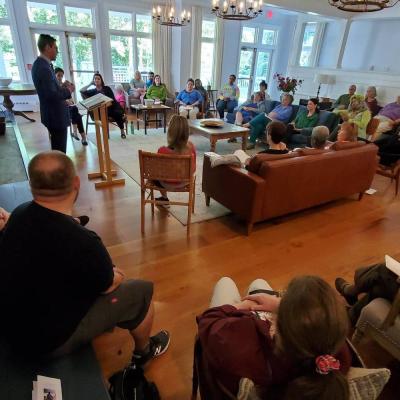 Faithful Leadership: Understanding Yourself as a Leader

The Rev. Victor Conrado is the Canon for Congregational Vitality and Formation for the Diocese of New York. Conrado provides leadership to the arenas of Congregational Development, Vitality and Formation, and Diverse Ministries in the Diocese. Born in Colombia, Conrado received his MDiv at the Jesuit Theological Seminary in Nairobi, Kenya in 2000 and was ordained to the Priesthood in Colombia in 2001. He was received into the Episcopal Church by the Bishop of Chicago in 2009, and his orders were received in 2011. He brings a great deal of experience in congregational vitality and formation and is a trainer for the College for Congregational Development.

Víctor Pérez García is the Co-founder and Managing Partner at DialogueLabs, a consulting firm that helps organizations lead change and manage conflict effectively. He specializes in conflict resolution and has worked as a strategy and economic development consultant for clients in the public and private sectors in Europe, East Asia, North & South America. At Harvard University, he was a Teaching Fellow of adaptive leadership, a Fellow at Harvard Carr Center for Human Rights Policy, and led political dialogue initiatives in India, Pakistan, and Spain.

Inmaculada Macías Alonso is the Co-founder and Managing Partner at DialogueLabs, a consulting firm that helps organizations lead change and manage conflict effectively. She specializes in gender and diversity. She has worked in the areas of ethical finance and the economic integration of women for universities, companies, and governments in Europe, the Middle East, North & South America. At Harvard University, she was a Teaching Fellow of behavioral science and a Postdoctoral Research Fellow at the Harvard Women and Public Policy Program, where she worked in women’s leadership and mentorship projects.

David Anderson Hooker is Founder and Principal Narrator for CounterStories Consulting, LLC. CounterStories was established to advance narrative approaches to transforming historical harms and supporting community and organizational transformation. From 2016-2021, Hooker served as Associate Professor of the Practice of Conflict Transformation and Peacebuilding at the University of Notre Dame’s Joan B. Kroc Institute for International Peace Studies, an integral unit of the Keough School of Global Affairs. Since 2001, his research and practice have focused on the role of narratives in cultural trauma, the multigenerational transmission of trauma, and the role of narrative in identity construction in post-conflict contexts.

Working with his wife and business partner, the Rev. Rosa Lee Harden, Kevin Jones has had a number of successful startups, in the media, information, and events businesses. Starting as a country weekly newspaper editor in the poorest county in Mississippi, his reporting put a sheriff in prison on 53 counts of fraud. He went on to write for the New York Times and was a columnist for Forbes. They sold their dot-com business and co-created SOCAP, the world’s largest impact investing and social enterprise conference. He has been working on events, new financial instruments, and an online community focused on re-engaging people of faith in creating a network of interdependent, neighborly economies. He is co-founder of a community equity fund that is solving the problem of friends and family funding for Black and Brown entrepreneurs who don’t have a rich uncle.

De’Amon Harges—faculty member of the Asset-Based Community Development (ABCD) Institute, Community Organizer, Creator of the Learning Tree, chairperson of the Grassroots Grantmakers Association Board, and featured in the new documentary “The Antidote: On Kindness in America”—is a frequent speaker on ABCD in secular and religious groups around the world, and is a layperson at Broadway UMC, Indianapolis, IN. De’Amon's role is to listen and discover the gifts, passions, and dreams of citizens in his community, and to find ways to utilize them in order to build community, economy, and mutual “delight.” The bulk of De’Amon’s work is based on the principles and practices of the Asset-Based Community Development (ABCD) that brings neighbors and institutions together to discover the power of being a good neighbor. De’Amon builds on what is already present and in place in the neighborhood, using those formally undiscovered assets to connect and empower rather than working only from the community’s needs and deficits.

Rev. J. Elise Brown, Ph.D. believes every congregation has a mission and every community needs a powerful and progressive faith witness in it. Her passions and skills include helping congregations and organizations create ministry plans that work, and then working the plans to produce abundance and fruitfulness. Having worked in diverse communities throughout her 20 years in ministry, she understands the factors needed to move congregations toward greater, more authentic, diversity and mission impact. She is an ordained clergyperson of the Evangelical Lutheran Church in America (ELCA) and rostered in the Metropolitan New York Synod.

In 2017, Jacqueline Ballou was appointed as the Vice President for Finance and Operations (i.e., the Chief Financial Officer) at Virginia Theological Seminary (VTS). Her responsibilities at that time included Financial Management, Information Technology, and Facilities Management (maintenance, grounds, space, and capacity planning), as well as all construction projects. In 2020, she also assumed responsibility for Human Resources, the child-care center, and all external contracts (food services and cleaning). With an operating budget of $18 million, over a hundred employees, an endowment of approximately $200 million, she manages a complex internal financial system. She is a member of the leadership team at the Seminary, and she participates fully in the worshipping life of the Seminary.

Rob English has organized with the Industrial Areas Foundation (IAF), the largest and oldest citizen organizing network in the country, for over 25 years. He has spent most of his organizing in the Mid- Mid Atlantic and Midwest focused on training and developing leaders to build broad based power organizations that have accomplished significant improvements in affordable housing and neighborhood transformation, criminal justice reform, public safety, workforce development, and education.